The growing interest in smart cities has been coupled with questions on how to use technology in an efficient, ethical and inclusive way to achieve the public and government’s best interests and to ensure that the needs of local communities are met. In this episode of the Anticipate podcast, Iftikhar Zubair, Head of Building Technology at WSP in the Middle East is joined by Yousef Khalili, General Manager of ZainTech in UAE (Previously know as NXN) to uncover the factors that are critical for smart city success with particular emphasis on key human aspects including customer centricity and inter-departmental interface.

What defines a smart city?

Yousef: Different organisations define smart cities differently. Real estate developers, for example, regard smart cities from a perspective that is fundamentally different than that of a government mayor. However, “a smart city can be defined as any community that utilises technology and data towards offering better insights, efficiencies, and resilience to the city’s stakeholders. By unlocking the power of the data that is obtained from the various systems within the city, insights can be obtained and various critical functions within the city can be controlled.”

Iftikhar: “Everybody looks at [a smart city] from their own lens; whatever that means for themselves would be their definition of a smart city depending on what they want to get out of the system”.

Yousef: The services that large smart cities aim to provide differ significantly than those of a smart district or complex. However, there is a layer of data that is standard for all smart city projects; namely the data related to customer identity and profile.

Iftikhar: Well, this brings us to one of the main hurdles to the success of smart city projects: the resistance in allowing data to go out of organisations for fear of data insecurity.

Yousef: I think such resistance will only increase in the future. I have seen sometimes organisations engaging in barter deals to exchange data because they think they own it. The truth is that the data is owned by the city but because of lack of regulations each could assume ownership of whatever data they generate and manage. In addition, some organisations think that data is power and by giving it away they might lose control or competitive edge. However, this picture has changed in progressive cities where firm regulations have been put in place.

Iftikhar: The fundamental fabric that we need to consider is human behaviour. However, there are also some technical matters that also require careful consideration. One of those is data integration and management.

Yousef: For almost all smart city initiatives, data is normally obtained from various systems and from structured and unstructured sources that are either existing or new. Smart cities sometimes rely on central local depositories where data is collected from each and every data provider or keep the data at the edge by building virtual data models that generate central insights. Both models have their pros and cons and depending on the governance model and the politics in play you would adopt one or the other.

The importance of customer centricity

Yousef: Often in the various benchmarking exercises that we have done to at least 30 cities in the last couple of years, we have seen that success in smart city initiatives was achieved by those that are customer centric. You need to give people time to absorb, participate and be partners with you. To ensure customer-centricity, you need to use need to use focus groups and perhaps multiple industry groups which are much more effective than questionnaires for capturing the voice of the customer.

Iftikhar: Right. The message here is that we make more progress if we adopt more sustainable and inclusive approaches. Getting people on board and letting them feel the benefits they will gain from a smart city initiative is also an essential pre-requisite for its success.

Yousef: Yes, and there are of course other important factors. For example, a clear working model that identifies who provides, owns and harvest the data is essential for success of smart initiatives. Sticking to a pre-determined and agreed roadmap is also necessary because developments in technology might lure some to adopt new solutions that might disrupt the whole project. One more factor is adopting a standard open-source platform or technology stack that can continuously evolve.

The power of Private-Public Partnerships (PPP)

Iftikhar: With the variety of tech out there, there never can be one specialist. There have to be different players and integrators that have to work together. This brings us to the role of PPP and how it can benefit governments.

Yousef: PPP is one of the most influential models that cities can use to achieve their objectives. It enables a city to attract foreign direct investment, talents and know-how. Using PPP, governments can provide better services with zero or little investment from their part. In the process, they encourage entrepreneurship and innovation and they, of course, achieve revenue once the assets are operational.

Yousef: Smart city maturity models have been designed by many organisations, universities, and companies. Of course, there is a need for a unified maturity framework but at the moment there is not a single model that is accepted by all. The idea of giving a total score that covers the different capabilities of a city and using this score to compare different smart cities is not really fair as these cities start their initiatives from different points. Some cities for example are homogeneous and have a clear unified vision while others might suffer from several socio-political issues. Ranking smart city initiatives entail the danger of firing and hiring people based on the maturity scoring for the sake of achieving improvements that may never happen.

Iftikhar: It is really a situation where the city have to ask themselves what they want to achieve and whether they are already doing that. Perhaps even if a standard maturity framework is made available, decision makers will still need to delve into the ranking details so that they get true guidance to make the right decisions.

Want to hear more insights from our industry’s leading experts? Subscribe to the Anticipate Podcast channel by clicking here.

Are you interested in connecting with our podcast guests? Reach out to them on LinkedIn by clicking their images below. 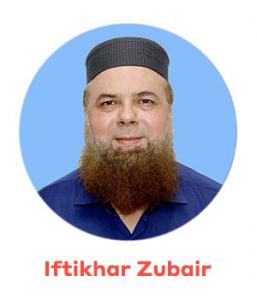 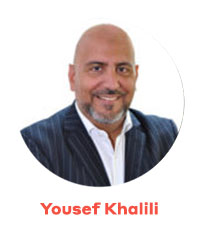